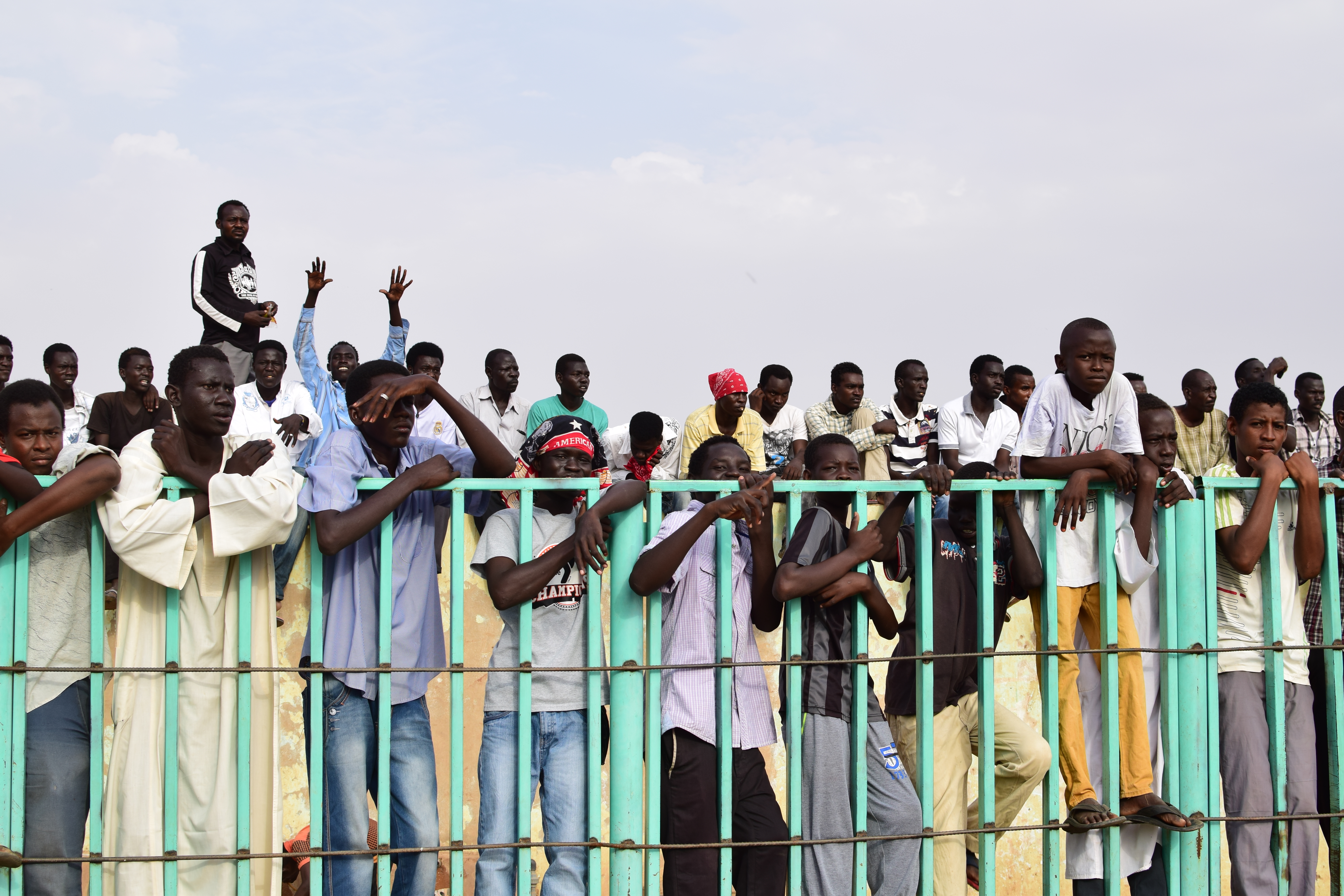 Anthropology is concentrated in CAP and CASS, and spread across ANU 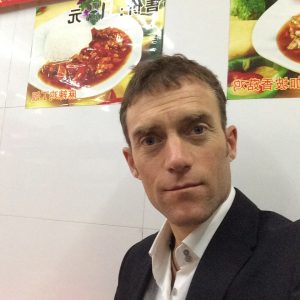 Thomas Cliff is an ARC-funded Research Fellow based at ANU’s School of Culture, History, and Languages. Tom won the Association for Asian Studies’ 2018 E Gene Smith Prize for his recent book Oil and Water: Being Han in Xinjiang. Tom is now working on non-state welfare and informal finance in the Chinese heartland, and in late 2017  was awarded a Discovery Early Career Research Award (DECRA) for his project ‘Welfare Entrepreneurs and Paradoxes of Social Control in Rural China.’ [Lecturer, Anthropology, School of Culture, History and Language, CAP] E.: tom.cliff@anu.edu.au 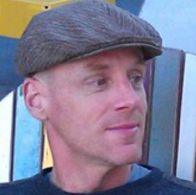 My research interests coalesce around phenomenologically informed anthropological theories of embodiment, the sense, and power. These interests are presently explored in ethnographic work on Christmas Island;  in work among Persian women migrants, who have fled Iran in the past two decades; in research conducted in the technoscientific spaces of major Australian research laboratories in which mice and rats feature as animal models for human disease research; and in my fourth monograph, which looks at smoking practice in Australian urban spaces to look closely at the ways in which smoking entails and occasions social and corporeal relationships with others under increasingly legislated conditions governing space and behaviour and comportment within it. [Professor, Anthropology, School of Archaeology and Anthropology, CASS]. E: simone.dennis@anu.edu.au 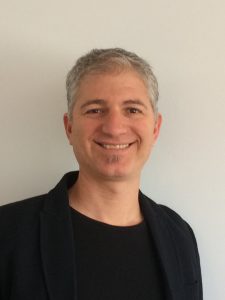 Assa’s field research is mainly focused on India, much of which was conducted in the city of Banaras (Varanasi). His main concerns revolve around caste and gender relations, identity politics, development, media, the environment and public health. He has collaborated extensively with historian Robin Jeffrey looking at the far-reaching effects of mobile phone technologies, and more recently examining questions surrounding waste management, and sanitation in modern India. Doron was also the Founding Director of the South Asia Research Institute at ANU until 2017. [Professor and Head of Anthropology, School of Culture, History and Languages, CAP]. E: assa.doron@anu.edu.au 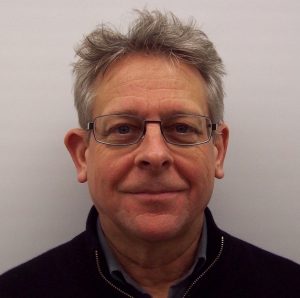 He is a specialist on Southeast Asia and a Past Editor of the Journal of Asian Studies (2005-2008).  His ethnographic research in Indonesia has focused on the cultural politics of minority ancestral religions (1982-1992), and more recently (1994-2008), on a long-term collaboration with painter A. D. Pirous, exploring the aesthetic, ethical, and political ambitions shaping Islamic art and art publics in that country. Research Interests: Indonesia and South Asia; visual and material culture; ethnography of lifeworlds and everyday life; anthropology of ethics; cultural politics; religion; violence; art; language; narrative; folklore; pragmatism; phenomenology; social theory; art history [Professor, Anthropology, School of Culture, History and Language, CAP]. E: ken.george@anu.edu.au 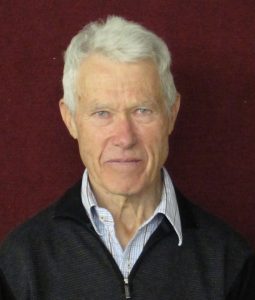 My research has focused on Malaysia, Indonesia and Papua New Guinea.My most recent book entitled Kampung, Islam and State in Urban Java, examines state discourses of urban community and development and the local  of community in conjunction with and independently of these state discourses and policies. This book examines the changes in urban low-income settlements over the last thirty years under the New Order and Reformasi eras of central government. Since 2009 I have been conducting a fieldschool in Indonesia, first in the kampung of Yogyakarta and then and then in mountain villages west of Yogyakarta city, with an emphasis on livelihoods, land accessibility and cash cropping. [Reader, Anthropology, School of Archaeology and Anthropology, CASS]. E: Patrick.Guinness@anu.edu.au 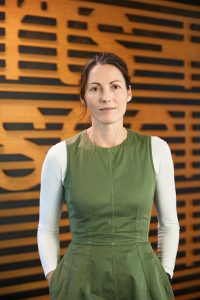 Tanya’s current research has three foci: a comparative ethnography of the labour of women political actors in India and Indonesia, funded by an ARC Future Fellowship; an international collaboration examining women’s non-elite pathways to politics in Indonesia and Sri Lanka, funded by the Development Leadership Program, and; an ethnography of Mahindra World City, a so-called ‘city from scratch’ in India, funded by an ARC Discovery grant. Her past and current research explores the intersection of affect and emotions, power, personhood, and the ways these shape ‘development’. [Assosiate Professor, Anthropology, School of Culture, History and Language, CAP] E.: Tanya.Jakimow@anu.edu.au 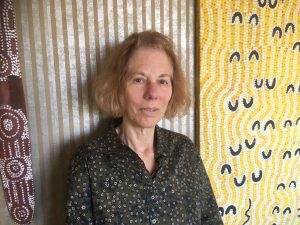 She has conducted field research since the latter 1970s in northern Australia, the 1980s in Papua New Guinea with Alan Rumsey, and the 1990s in Europe (Germany). She has long been interested in critical, empirically accountable theorization and description of social and cultural change. Her most recent book attempts to describe and theorize the long-term trajectory of indigenous-nonindigenous difference in Australia; she is interested in this topic comparatively, especially in the (Anglo) settler colonies but also, contrastively, beyond them. Her next field research will investigate particular interfaces of indigenous-nonindigenous difference in contemporary Australia and, if the project expands, beyond. [Professor, Anthropology, School of Archaeology and Anthropology, CASS]. E: Francesca.Merlan@anu.edu.au Dr. Molland’s research examines the intersections between migration, development and security in a comparative perspective, with specific focus on governance regimes and intervention modalities in mainland Southeast Asia. There are four analytical domains that are of particular importance: Space-governance relations: how do spatial (and temporal) dimensions of migration policy and interventions come into being, and how do they effect interventions?; Biolegitimacy: How does life legitimate interventions and how is life legitimated within aid and migration discourses?; Development aid  and migration governance networks: what accounts for continuity and change within trans-institutional networks of aid and migration governance, and how can they be accounted for ethnographically?; Intervention modalities in a comparative perspective. [Senior Lecturer, Anthropology, School of Archaeology and Anthropology, CASS]. E: sverre.molland@anu.edu.au Ethnographically, Yasmine’s work is located in central Australia and mostly centred on Yuendumu, an Aboriginal community about three hours northwest of Alice Springs. She has been conducting fieldwork there annually since 1994, originally focussing on everyday life as it unfolds in Warlpiri homes and country. One area of interest she is concerned with is sleep, the night, ideas of safety and threat, and an inter-related one has taken me into the domains of the anthropology of emotions and embodiment. Her more recent research on monsters has also blossomed into an on-going inter-disciplinary and comparative project which brings together anthropology and monster studies.[Senior Lecturer and Head, Anthropology program, School of Archaeology and Anthropology, CASS]. E: Yasmine.Musharbash@anu.edu.au Eva is a cultural anthropologist and expert in Islamic studies. Her research and publications focus on the intersections between religious, cultural, political, economic, legal, social, and philosophical aspects of peoples’ lives. The core of her research is to analyse diverse aspects of how religion functions in the lives of believers. She is interested in global currents of Islam reshaping the lives of Muslims in Southeast Asia, especially Indonesia and Malaysia. [Senior Lecturer, Anthropology, School of Culture, History and Language, CAP]. E: Eva.Nisa@anu.edu.au My current research on insurance and weather catastrophes is based on anthropological fieldwork in Paraguay supported by an Australian Research Council Discovery Early Career Researcher Award (DECRA 2017-2020). It is my second major research project following a decade of engagement with the microfinance industry. My first book, Social Collateral: women and microfinance in Paraguay’s smuggling economy (University of California Press, 2015) is an ethnographic account of freewheeling frontier capitalism in Paraguay’s triple-frontier with Argentina and Brazil. Taken together, these two research projects offer a sustained study of economic interdependency. [Senior Lecturer, Anthropology, School of Archaeology and Anthropology, CASS]. E: caroline.schuster@anu.edu.au Matt Tomlinson has conducted research in the Pacific Islands, especially Fiji, since 1996. After receiving his PhD from the University of Pennsylvania in 2002, he took a teaching job at Bowdoin College in Maine, USA, and then came to Australia in 2005 to work at Monash University. Since 2012, he has been based at the ANU, where he is currently an Associate Professor. From 2012 to 2016, he conducted a Future Fellowship research project (FT110100524) on the work of indigenous Christian theologians in the central Pacific, the results of which will be published in 2019 as God Is Samoan: Dialogues Between Culture and Theology in the Pacific. Since 2017, he has conducted a new research project (with Andrew Singleton of Deakin University) on the topic of modern Spiritualism in Australia, funded by ARC Discovery Project grant (DP170100563). [Associate Professor, Anthropology program, School of Culture, History and Languages, CAP]. E: matt.tomlinson@anu.edu.au 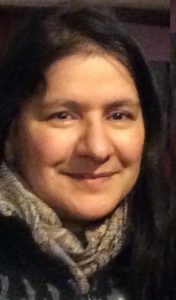 As a medical anthropologist and an ethnographer of health, medicine and science, I have examined the socio-cultural, historical and political economic dimensions of health, illness, medicine, biotechnologies, and the technologies of rule. Linking theories from anthropology, feminist techno-science studies and postcolonial feminist theories and methods, I have analysed the entanglements of biomedical and global health development policies to trace the corporeal and social effects of trans-historical and transnational mobilities of bio-scientific ideas, biotechnologies, and human rights policies and experts. I have explicated the impacts of these processes particularly on poor and rural women’s bodies and social material/environmental conditions in South Asian contexts.[Lecturer, Anthropology, School of Archaeology and Anthropology, CASS]. E: fouzieyha.towghi@anu.edu.au My research is in the area of medical anthropology; health and hygiene regimes; science and technology studies; cultural politics of food and eating; food safety and food-bourne illnesses; nutritional ideologies; cultural studies of the body and subjectivity; gender and sexuality; ageing and the elderly; institutional life; the study of the everyday; moral economies; the state and technologies of governance; mainland China and Hong Kong. [Lecturer, Anthropology, School of Archaeology and Anthropology, CASS]. E: tx.ta@anu.edu.au

I am currently working on a research project that explores the ethics of air-surveillance through “spy pigeons” on Indian-Pakistani border, and its ethical, moral, religious, and political significance in contemporary South Asia. My first book, Animal Enthusiasms: Life Beyond Cage and Leash in Rural Pakistan (2021) explores cultural meanings associated with pigeon flying, cockfighting and dogfighting in Pakistan and discusses human-animal relationships, masculinities, anthropology of ethics, sensory analysis, and visual anthropology. These are collectively explored through a special journal issue I co-edited for the Australian Journal of Anthropology on “Sense-Making in a More-than-Human World.” [Honorary Visitor in Anthropology, School of Culture, History and Languages, CAP & Postdoctoral Fellow in Anthropology at the University of Toronto]. E: Muhammad.kavesh@anu.edu.au Justine Chambers is a Visiting Fellow in Anthropology in the School of Culture, History and Languages at the Australian National University and the 2021 Australian Anthropology Society Postdoctoral Fellow. With the support of her colleagues at ANU, the AAS Postdoctoral Fellowship will help Justine to finalise her book manuscript, Pursuing Morality: Everyday Ethics among Karen Buddhists in Southeastern Myanmar, with the National University of Singapore Press as part of their Southeast Asia Publication Series. In December 2021, Justine will be starting a Postdoctoral Fellowship at the Danish Institute for International Studies (DIIS) working on a new research project exploring the interplay between climate change actions, conflict and peacebuilding in ethnic areas of Myanmar. E: justine.chambers@anu.edu.au

Professor Christine Helliwell
Research Interests: Social and cultural theory, especially the theorisation of ‘society’ and ‘culture’; cross-cultural constitution of gender/sex; constitution of subjectivity or ‘personhood’ and how this relates to different forms of sociality, identity and government; Dayak peoples of Borneo [School of Archaeology and Anthropology, CASS]. E: Christine.Helliwell@anu.edu.au *If you are an anthropologist at ANU and would like to have your profile and a statement about your research or research experience appear on this website, please contact saidalavi.thodika@anu.edu.au or dinith.adikari@anu.edu.au